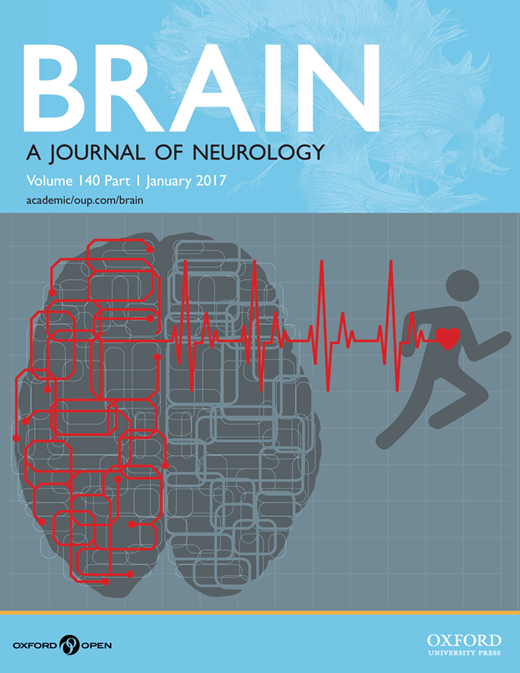 Brain regions dynamically engage and disengage with one another to execute everyday actions from movement to decision making. Pathologies such as Parkinson's disease and tremor emerge when brain regions controlling movement cannot readily decouple, compromising motor function. Here, we propose a novel stimulation strategy that selectively regulates neural synchrony through phase-specific stimulation. We demonstrate for the first time the therapeutic potential of such a stimulation strategy for the treatment of patients with pathological tremor. Symptom suppression is achieved by delivering stimulation to the ventrolateral thalamus, timed according to the patient's tremor rhythm. Sustained locking of deep brain stimulation to a particular phase of tremor afforded clinically significant tremor relief (up to 87% tremor suppression) in selected patients with essential tremor despite delivering less than half the energy of conventional high frequency stimulation. Phase-specific stimulation efficacy depended on the resonant characteristics of the underlying tremor network. Selective regulation of neural synchrony through phase-locked stimulation has the potential to both increase the efficiency of therapy and to minimize stimulation-induced side effects.

Besides its relevance for declarative memory functions, hippocampal activation has been observed during disambiguation of uncertainty and conflict. Uncertainty and conflict may arise on various levels. On the perceptual level, the hippocampus has been associated with signaling of contextual deviance and disambiguation of similar items (i.e., pattern separation). Furthermore, conflicts can occur on the response level. Animal experiments showed a role of the hippocampus for inhibition of prevailing response tendencies and suppression of automatic stimulus-response mappings, potentially related to increased theta oscillations (3-8 Hz). In humans, a recent fMRI study demonstrated hippocampal involvement in approach-avoidance conflicts. However, the more general significance of hippocampal activity for dealing with response conflicts also on a cognitive level is still unknown. Here, we investigated the role of the hippocampus for response conflict in the Stroop task by combining intracranial electroencephalography (iEEG) recordings from the hippocampus of epilepsy patients with region of interest-based fMRI in healthy participants. Both methods revealed converging evidence that the hippocampus is recruited in a regionally specific manner during response conflict. Moreover, our iEEG data show that this activation depends on theta oscillations and is relevant for successful response conflict resolution.

BACKGROUND: High-frequency deep brain stimulation (DBS) with a single electrical source is effective for motor symptom relief in patients with Parkinson's disease. We postulated that a multiple-source, constant-current device that permits well defined distribution of current would lead to motor improvement in patients with Parkinson's disease. METHODS: We did a prospective, multicentre, non-randomised, open-label intervention study of an implantable DBS device (the VANTAGE study) at six specialist DBS centres at universities in six European countries. Patients were judged eligible if they were aged 21-75 years, had been diagnosed with bilateral idiopathic Parkinson's disease with motor symptoms for more than 5 years, had a Hoehn and Yahr score of 2 or greater, and had a Unified Parkinson's disease rating scale part III (UPDRS III) score in the medication-off state of more than 30, which improved by 33% or more after a levodopa challenge. Participants underwent bilateral implantation in the subthalamic nucleus of a multiple-source, constant-current, eight-contact, rechargeable DBS system, and were assessed 12, 26, and 52 weeks after implantation. The primary endpoint was the mean change in UPDRS III scores (assessed by site investigators who were aware of the treatment assignment) from baseline (medication-off state) to 26 weeks after first lead implantation (stimulation-on, medication-off state). This study is registered with ClinicalTrials.gov, number NCT01221948. FINDINGS: Of 53 patients enrolled in the study, 40 received a bilateral implant in the subthalamic nucleus and their data contributed to the primary endpoint analysis. Improvement was noted in the UPDRS III motor score 6 months after first lead implantation (mean 13·5 [SD 6·8], 95% CI 11·3-15·7) compared with baseline (37·4 [8·9], 34·5-40·2), with a mean difference of 23·8 (SD 10·6; 95% CI 20·3-27·3; p<0·0001). One patient died of pneumonia 24 weeks after implantation, which was judged to be unrelated to the procedure. 125 adverse events were reported, the most frequent of which were dystonia, speech disorder, and apathy. 18 serious adverse events were recorded, three of which were attributed to the device or procedure (one case each of infection, migration, and respiratory depression). All serious adverse events resolved without residual effects and stimulation remained on during the study. INTERPRETATION: The multiple-source, constant-current, eight-contact DBS system suppressed motor symptoms effectively in patients with Parkinson's disease, with an acceptable safety profile. Future trials are needed to investigate systematically the potential benefits of this system on postoperative outcome and its side-effects.

Thalamomuscular coherence in essential tremor: hen or egg in the emergence of tremor? 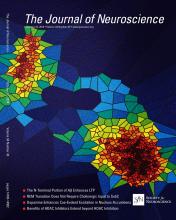 Thalamomuscular coherence in essential tremor (ET) has consistently been detected in numerous neurophysiological studies. Thereby, spatial properties of coherence indicate a differentiated, somatotopic organization; so far, however, little attention has been paid to temporal aspects of this interdependency. Further insight into the relationship between tremor onset and the onset of coherence could pave the way to more efficient deep brain stimulation (DBS) algorithms for tremor. We studied 10 severely affected ET patients (six females, four males) during surgery for DBS-electrode implantation and simultaneously recorded local field potentials (LFPs) and surface electromyographic signals (EMGs) from the extensor and flexor muscles of the contralateral forearm during its elevation. The temporal relationship between the onset of significant wavelet cross spectrum (WCS) and tremor onset was determined. Moreover, we examined the influence of electrode location within one recording depth on this latency and the coincidence of coherence and tremor for depths with strong overall coherence ("tremor clusters") and those without. Data analysis revealed tremor onset occurring 220 ± 460 ms before the start of significant LFP-EMG coherence. Furthermore, we could detect an anterolateral gradient of WCS onset within one recording depth. Finally, the coincidence of tremor and coherence was significantly higher in tremor clusters. We conclude that tremor onset precedes the beginning of coherence. Besides, within one recording depth there is a spread of the tremor signal. This reflects the importance of somatosensory feedback for ET and questions the suitability of thalamomuscular coherence as a biomarker for "closed-loop" DBS systems to prevent tremor emergence. 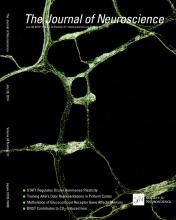 In an ever-changing environment, selecting appropriate responses in conflicting situations is essential for biological survival and social success and requires cognitive control, which is mediated by dorsomedial prefrontal cortex (DMPFC) and dorsolateral prefrontal cortex (DLPFC). How these brain regions communicate during conflict processing (detection, resolution, and adaptation), however, is still unknown. The Stroop task provides a well-established paradigm to investigate the cognitive mechanisms mediating such response conflict. Here, we explore the oscillatory patterns within and between the DMPFC and DLPFC in human epilepsy patients with intracranial EEG electrodes during an auditory Stroop experiment. Data from the DLPFC were obtained from 12 patients. Thereof four patients had additional DMPFC electrodes available for interaction analyses. Our results show that an early θ (4-8 Hz) modulated enhancement of DLPFC γ-band (30-100 Hz) activity constituted a prerequisite for later successful conflict processing. Subsequent conflict detection was reflected in a DMPFC θ power increase that causally entrained DLPFC θ activity (DMPFC to DLPFC). Conflict resolution was thereafter completed by coupling of DLPFC γ power to DMPFC θ oscillations. Finally, conflict adaptation was related to increased postresponse DLPFC γ-band activity and to θ coupling in the reverse direction (DLPFC to DMPFC). These results draw a detailed picture on how two regions in the prefrontal cortex communicate to resolve cognitive conflicts. In conclusion, our data show that conflict detection, control, and adaptation are supported by a sequence of processes that use the interplay of θ and γ oscillations within and between DMPFC and DLPFC.

Whilst dysfunction of basal ganglia-thalamic circuitry is implicated in the genesis of parkinsonian symptomatology, few studies have examined the effects of lesioning the motor thalamus in the context of parkinsonism. Forty rats were therefore subdivided into four lesion groups each of 10 rats with lesions or sham surgery targeting (1) the medial forebrain bundle and/or (2) motor thalamus, resulting in: Sham/Sham, 6-OHDA/Sham, Sham/NMDA and 6-OHDA/NMDA groups. Behavioural testing was performed prior to any surgery and after each surgery including analysis of posture, drug-induced rotation, sensorimotor and autonomic deficits. As expected 6-OHDA lesions induced abnormalities in posture, locomotion, sensorimotor and pilomotor function, ipsilateral and contralateral rotational asymmetries after amphetamine and apomorphine, respectively. These behavioural changes reflect parkinsonism in this model. Additional thalamic lesions virtually abolished apomorphine-induced rotational asymmetry and improved sensorimotor response latency to tactile stimulation on the contralateral side. These data support the contribution of dysfunctional motor thalamic circuitry in rotational asymmetry and abnormal sensorimotor function in parkinsonian rats.